Should we get separated?

Should we get separated? 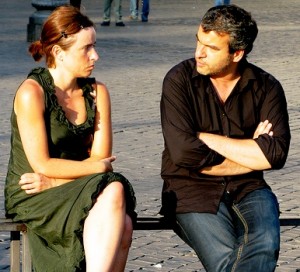 Talk honestly with your spouse and then determine if you should get separated?

This is a very personal question and one that only you can really answer. Many couples come to a mutual agreement that it is best to physically separate from each other. They may have been in couples counseling and after a thorough process in therapy, have come to realize that the marriage is over and it makes sense to go their separate ways.  It is more often the case that one spouse wants the separation and the other doesn’t. In either case, once at least one spouse has decided that they want to separate, generally it will happen sooner or later.

If any of the following circumstances has occurred for you, you may find it prudent to consider a separation:

If your personal reasons are not included in the list, the important thing to remember is that if you feel that you can no longer live comfortably together in the same house, it may be time to consider a legal separation.

An initial physical separation can bring a much needed “time out” and a cooling-off period within which to reconsider other means to work on the marriage. The separation period can give you time to explore other options to either resolve your differences or to seek to end the marriage.